Expand your dance vocab with Contemporary Hip-Hop, Old School, Funk, Dancehall and Afrobeats inspired choreography. Refine your groove and foot work in this upbeat class that’s sure to get your booty movin’! With songs ranging from Bruno Mars to Missy Elliot (and much more!!!), it’ll be sure fulfill all your pop, R&B and hip-hop needs!

What to Bring: indoor running shoes, athletic wear, water bottle, and your groove!

Registrations can be completed online or in person at the studio or over the phone (provided you already have an account with J'Adore Dance). Payment must be received at the time of registration.

Programs at J'Adore Dance are in high demand, and sell out with long wait lists. As such, any registrations cancelled before the first class are subject to a $25 + GST administrative fee. No refunds will be issued after the start date of the class, however, we will issue credit valid for 12 months from the start date of the canceled program if the registration is canceled before the third class of the session. No refunds or credit will be granted after the start of the third class other than for serious illness or injury with medical documentation provided. Cancellation requests must be received in writing (info@jadoredance.com) and can only be processed by management. Credits are non-transferable and non-refundable. Please note that classes may switch from in-studio to online formats at any point in a session as mandated by Alberta Health Services. By registering in a program at J’Adore Dance you are agreeing to participating in both in-studio and online class delivery. Refunds/Credit will not be given for changes to programming delivery. 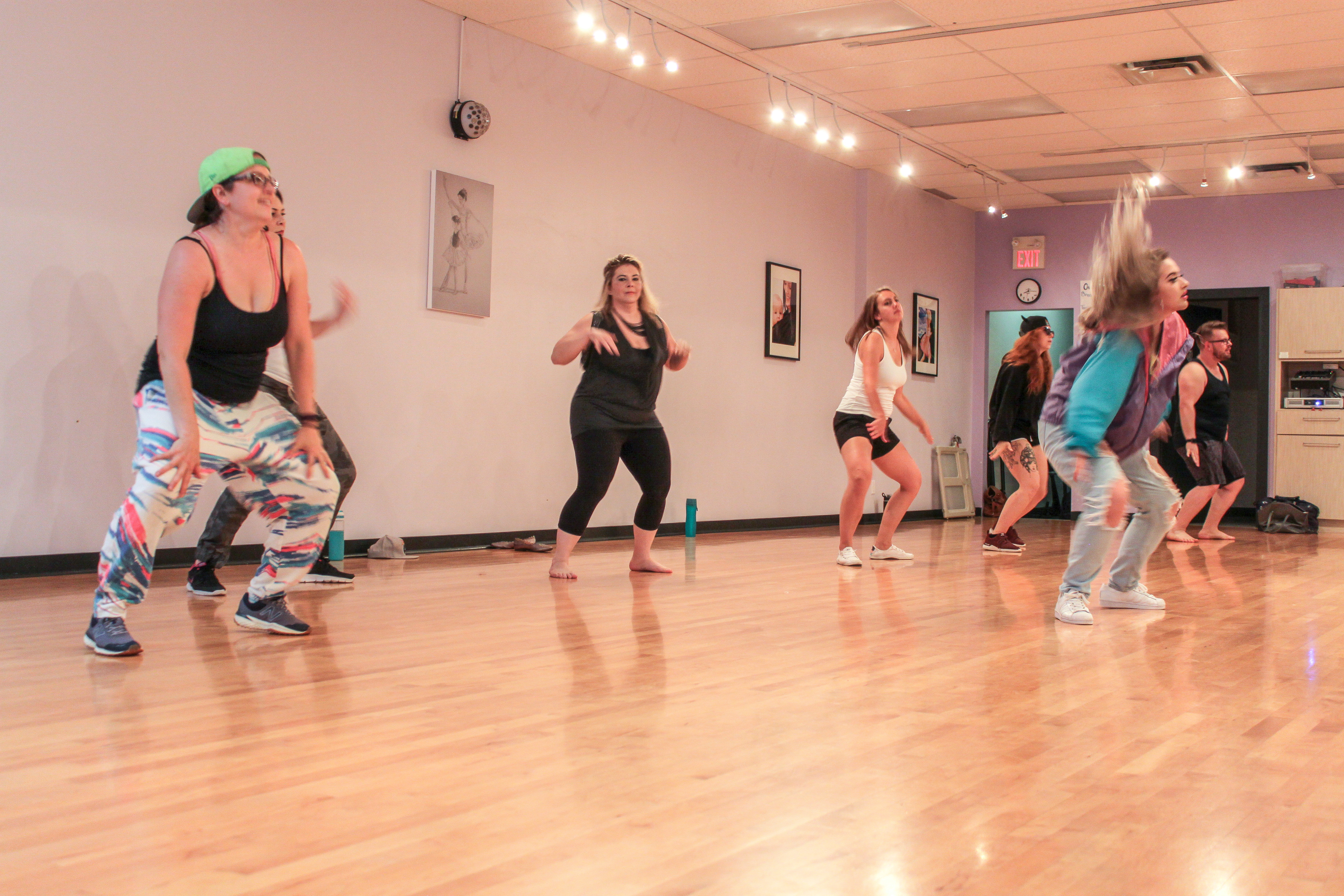 Macha is a well-rounded dancer, specializing in hip hop and afro styles. She is the co-founder and creative Director of Raw Motion Dance Project and a recipient of various awards; such as, the 2010 Cultural Diversity Award, Edmonton’s Black Achievement Awards in 2009, the Fil Fraser Award for Excellence for the Arts, the Rwandan Community of Edmonton Award, as well as a nomination for the Northlands Emerging Artist Award in 2011 at the Mayor’s Celebration for the Arts.

Macha was born in Longueuil, Quebec and raised in Edmonton, Alberta. Her passion for dance began when she was nine years old in her elementary school hip hop dance troupe. Since then she has also been trained in ballet, jazz, afro jazz, afro beats, lyrical, contemporary, musical theatre, jazz funk, animation, and several street styles, including hip hop. Macha has trained at multiple studios, such as; Lecky's School of Dance, Victoria School of Performing and Visual Arts, 3rd Street Beat, and The Kore Dance Studio.

Macha has danced competitively with BBM dance crew, as well as NXG company. She has danced on the Edmonton Eskimo’s cheer team, danced back-up for local musicians, and opened for international musicians. She has trained with multiple well renowned dancers/choreographers in Los Angeles, Vancouver, New York, and Kigali, Rwanda.

Macha's dance teaching career began as the hip hop instructor at the Perfect Storm cheer gym when she was 18 years old. Since then, she has been an instructor at Dance Unlimited, La Girandole, Flavor Studios, Lecky's School of Dance, and her own studio in Rwanda, Raw Motion. She often teaches workshops in schools and studios all over the city. Her aim is to share her passion and knowledge of dance with people of all levels and abilities.